Introducing Wordtune Spices, the new way to spice up your writing! Learn more

How to Change Passive Voice to Active Voice (4 Great Methods) 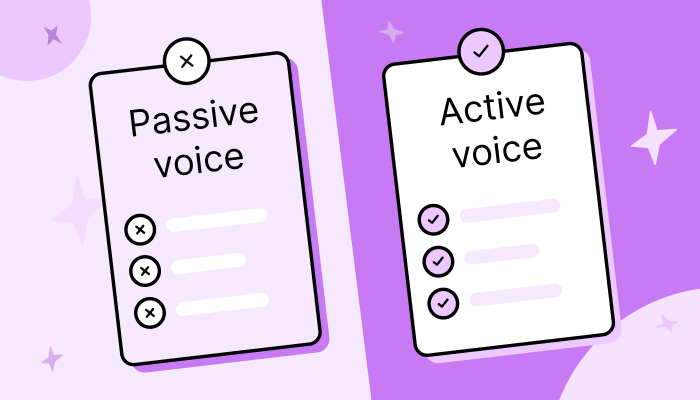 This is some text inside of a div block.
Thanks!
You’re in.
Oops! Something went wrong while submitting the form.

When I started writing for a digital audience, the passive voice was all I knew. It was my safe space.

After all, I'd grown up being told that the passive voice was "objective," "unbiased," and "professional." And I was writing for an educated, intelligent, executive audience — “unprofessional” was the last thing I wanted to be.

Until I got fired from a project over it.

The email read “Bani, we’ve gone through the piece — and while we loved the perspective you bring — our editors don’t have the capacity to correct so many instances of passive voice.”

I knew something needed to change — and quickly — if I wanted to build a career as a writer.

So I went down a rabbit hole of learning why we talk in passive voice, how to get comfortable with active voice, and practice exercises.

Today I’m going to share my learnings with you so you can avoid the mistakes I made (and retain those top clients).

Why we talk in passive voice

Humans are hardwired to operate in passive voice. Even authors who (quite literally) wrote the books on Writing, like William Strunk and George Orwell, default to passive voice occasionally.

The question is: why?

In both groups, students writing in passive voice did so quicker than those writing in the active voice. Also the brain monitoring recorded rapid electrochemical activity when there was passive voice.

Passive voice is our brain’s default setting, and you need to make a proactive effort to ditch it.

Exercises to transition to the active voice

If you Google this section, you’ll find unhelpful results. Most of the top-ranking “exercises” are directed at 5th graders.

“The war zone was entered by the soldier”, “the murder of Nina had been carried out by Alan”, “the money was lost by Peter” are examples they use. Yes, they’re accurate, but no writer worth their salt would have any trouble identifying passive voice here.

What’s harder (but you actually need) is a system to naturally gravitate towards the active voice.

And that doesn’t happen in a day.

But you can practice these exercises every day to make a gradual transition.

They worked wonders for me so I’ve included examples from my own first drafts that you might find helpful.

Before you begin writing, identify the main character of your story.

The point is, your character can be a real human being or an ephemeral trait — you just need to have one.

Next, begin writing from either the main character’s point of view or yours. Anytime you find yourself drifting to a different character’s perspective, catch yourself and hit backspace.

And finally, proofread to catch any passive strays.

Let’s try this out with an example.

Earlier this month, I wrote a blog on writing compelling introductions, and “Hegel’s Dialectic” was my main character. It got center stage in all narratives.

Here’s how it turned out:

“Hegel’s dialectic can seem complicated when you first analyze it. “But how will I come up with objections to my statement?”, “what if there isn’t a widely accepted claim about the story I’m telling?”, “what if I’m writing on a boring topic and can’t use TAS to make a compelling argument?” — all of these are questions I’ve had while experimenting with Hegel’s model.”

Other than the one statement about widely accepted claims, all of the sentences have either me or Hegel as the main character.

But it could have gone in a lot of different ways (read: passive voice)

In fact, here’s what my original version looked like:

“On initial inspection, the Hegelian Dialectic appears to be complicated. Questions about its validity, relevance, and application pop up — naturally and frequently. In fact, experimenting with Hegel’s dialectic left me confused on numerous occasions. So how did I end up using it every single day now? Let me show you.”

As you can see, my initial draft has multiple main characters and therefore seems less cohesive. It distracts you from the inherent purpose of the paragraph — Hegel’s Dialectic and what it means (or what problems does it solve?).

Try this exercise the next time you want to write a passage in the active voice.

I picked up this exercise from the brilliant Ashley R Cummings. In her newsletter, she explained why she gravitated towards passive voice as a child.

“When I was a kid, I tried to avoid punishment by stating my crimes in the passive voice.

Here’s what I mean:

But, you see. Like all moms, my mom is smart.

She knew the subject (Ashley) performed the action (spilled the juice).

So, my mom would respond in ACTIVE voice:

So, be like my mom. Go through your articles and make sure the subject performs the action.

This quick exercise has helped me time and again. Here’s how to check your sentences:

In short, your sentences should be structured as actor>action>receiver

Let’s start with a simple example: “I made the tea this morning”.

But what about analyzing a complex sentence?

Example: “I made tea this morning and went to pour it for my dog — only to find him sleeping on my bed.”

This example also brings in the actor first, the action next, and the reciever last.

There are multiple ways to structure this into a sentence with the active voice. As long as you maintain this order.

1. “I went to pour my dog the tea I made this morning — only to find him sleeping on my bed.”

2. “I went to pour my dog the tea I made this morning — only to find him sleeping on my bed.”

1. My dog was sleeping on my bed when I went to pour him the tea I had made this morning.

The takeaway: identify your actor and make sure he/she/it starts your sentence. If you have a complex sentence to evaluate, break it into pieces.

Exercise 3: Read your work out loud

…or try a text-to-speech reader.

When you hear your sentences sounding wordy and awkward — that’s passive voice rearing its ugly head.

It’s much easier to hear an awkward-sounding sentence than identify it in a written block of text.

I can’t attach a recording of me reading out a blog but here are some passive-voice sentences I picked up.

“Change was needed quickly if I wanted to pursue a career as a writer.”

“But the everyday practice of these exercises can help you hone your craft.”

Even after a round of self-editing, I hadn’t picked these up.

Exercise 4: Use your search bar

(This is more of a hack than an exercise)

Type “Control + F” or “Command + F” on your keyboard and search for these words that indicate passive voice:

This additional step helps me check if I’ve missed anything.

Surprise section: when to use passive voice

But this whole blog was about avoiding it.

Well, yes and no.

In most cases, you’ll want to stick with the active voices because it engages your audience and keeps your content fresh.

There are exceptions that rarely spring up in copywriting or content writing. But rarely doesn’t mean never. So I thought it’s best to have them handy in this guide.

Exception 1: When you don’t know who the actor is.

For example: “It had been three days since the house keys were lost.”

If we don’t know who was responsible for losing the house keys, we can’t frame this sentence in active voice. And that’s okay. In fact, it’s preferred.

Exception 2: When the receiver of the action is more important than the actor

For example: “The undefeated Chipmunks were beaten by the Bulldogs for the first time in history.”

Exception 3: When you need to interconnect sentences for better flow

Sometimes when I write about complicated subjects, passive voice makes the writing easier to read.

Sometimes, passive voice is easier to read when talking about complicated subjects.

Let’s look at this example:

“The impact of marketing efforts in enterprise or business-to-business (B2B) companies depends on support from Sales, Customer Success, and Training departments. But the new and ever-growing demands on these teams to participate in events and report to the CEO, threaten the workforce with burnout.”

Now let’s look at another version of this example:

“The impact of marketing efforts in enterprise or business-to-business (B2B) companies depends on support from Sales, Customer Success, and Training Departments. But these teams are now threatened with burnout by ever-growing demands to participate in events and report to the CEO.”

The second version flows better because the beginning of the second sentence carries the subject introduced in the first sentence:

…support from Sales, Customer Success, and Training departments. But these teams …

In the first version, the second sentence starts with a whole new subject.

…support from Sales, Customer Success, and Training departments. But the new and ever-growing demands

The passive voice sometimes creates better cohesion between two sentences: taking information from the end of one sentence and starting the next sentence with it.

I employ this technique in the second section of this very blog.

I did this for two reasons. One, better flow. Two, the experiment needed to be conducted from a neutral perspective.

This is one of the rare occasions where your readers would prefer passive voice over active voice.

Use your best judgment

Most modern-day writing guides recommend splitting active and passive voice in a 9:1 ratio. That is, 90% of your writing should be active to retain the reader's interest and communicate ideas.

But every piece of writing is different, even if you write for a niche audience.

Use your best judgment to evaluate when to use the active voice and when to fall back on the passive voice.

P.S.
This article was co-written with Wordtune. Wordtune didn’t write the whole piece. Instead, it contributed ideas, suggested rephrasing alternatives, maintained consistency in tone, and of course - made the process much more fun for the writer.

Oops! Something went wrong while submitting the form.

Thank you! Your submission has been received!
Oops! Something went wrong while submitting the form. 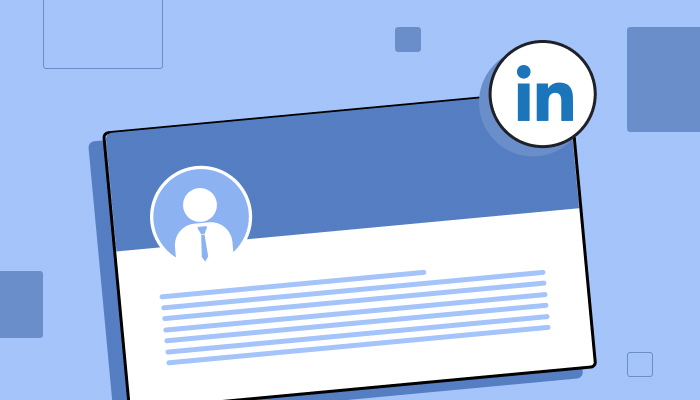 You never get a second chance to make a good first impression, right? It applies to both face-to-face and virtual meetings. We want to help you write the perfect LinkedIn bio to optimize your profile's first impression. 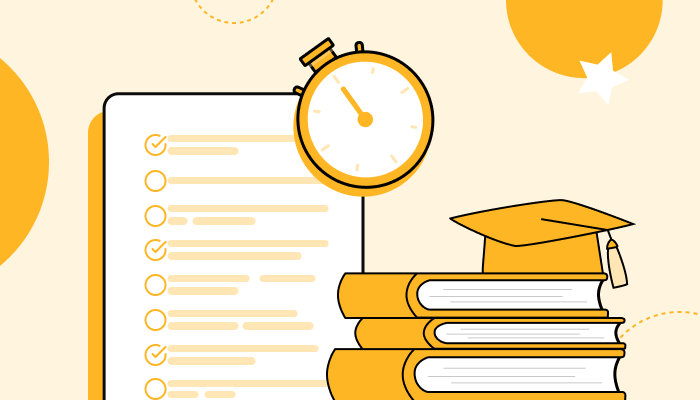 Time management is a challenge for many college students. But to succeed in higher education, you need to make time work for you. That’s why we've compiled some great time management tips to help you out.

You never get a second chance to make a good first impression, right? It applies to both face-to-face and virtual meetings. We want to help you write the perfect LinkedIn bio to optimize your profile's first impression.

Time management is a challenge for many college students. But to succeed in higher education, you need to make time work for you. That’s why we've compiled some great time management tips to help you out. 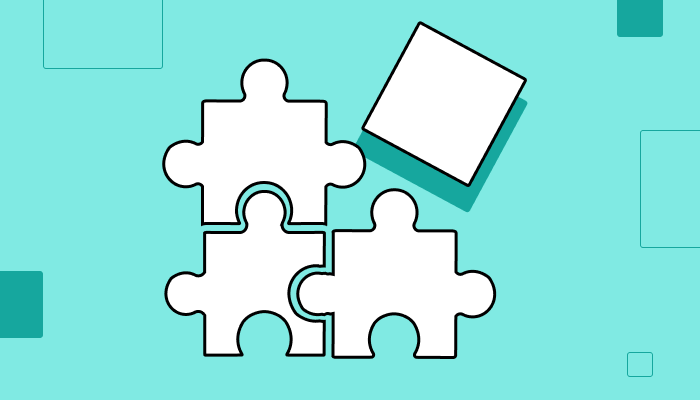 How to Avoid Faulty Logic in Your Writing

If you don’t follow a logical arc in your writing, your ideas will be perceived as less credible, your authority as a writer will plummet, and most importantly - Your readers will have a terrible reading experience. Here are some ways to avoid that.